Eid in Hunza valley, The way it’s meant to be… 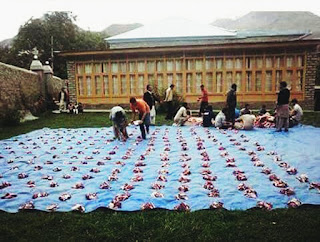 Hunza valley is famous for its natural beauty, it’s unique culture, food and people. It has a reputation as the getaway tourist spot for the ultimate escapist.

But there are more reasons to admire this magical place. Such as the way people of Hunza celebrate Eid-ul-Adha as it is celebrated in Hunza with zeal and zest and all the sacrificial animals are gathered at one place. Then meat is distributed in equal shares according to Sunnah to every one of the area. The owners of the sacrificed animals also get an equal slice of meat.

This is the kind of community effort that makes sure nobody goes hungry on one of the most special days of the year, so the people who didn't have enough also get the equal portion of meat. This is what our faith teaches us and this is the essence of Eid ul Adha. 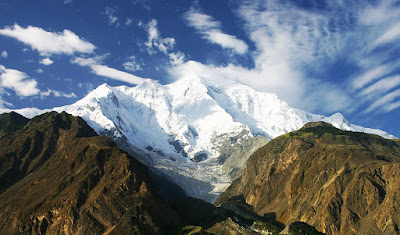 Rakaposhi is a mountain in the Karakoram mountain range in Pakistan, situated in the middle of Nagar Valley Nagar District and Danyore and Bagrote valley approximately 100 km north of the capital city Gilgit. Rakaposhi means "Snow Covered" in the local language. Rakaposhi is also known as Dumani ("Mother of Mist"). It is ranked 27th highest in the world and 12th highest in Pakistan, but it is more popular for its beauty than its rank might suggest. Rakaposhi has an uninterrupted vertical rise of approximately 6000 m (19,685 feet), making it the tallest mountain on land when measured from the base to peak.
Posted by Unknown at 12:12 No comments: 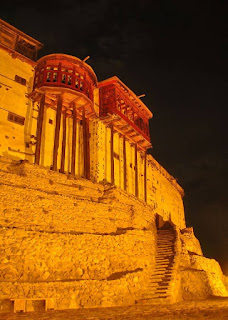 In the past several small independent states formed part of the history of the Northern Areas of Pakistan. Among them Hunza and Nager were traditional rival states, situated on opposite sides of the Hunza river. The rulers of these two states, built various strongholds to consolidate their power. According to historical sources, the Hunza rulers initially resided in nearby Altit Fort, but after a conflict between the two sons of the ruler Sultan, Shah Abbas (Shάboos) and Ali Khan (Aliqhάn), Shaboos moved to Baltit Fort, making it the capital seat of Hunza. The power struggle between the two brothers eventually resulted in the death of younger one, and so Baltit Fort became the prime seat of power in the Hunza state.
Baltit Fort or Balti Fort is an ancient fort in the Hunza valley in Gilgit-Baltistan, Pakistan. Founded in the 1st CE, it has been on the UNESCO World Heritage Tentative list since 2004.

The foundations of the fort date back to 700 years ago, with rebuilds and alterations over the centuries. In the 16th century the local prince married a princess from Baltistan who brought master Balti craftsmen to renovate the building as part of her dowry. 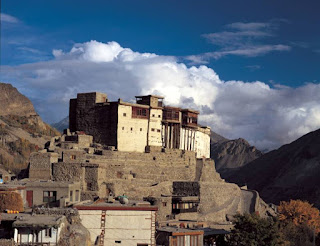 The Mirs (emperors) of Hunza abandoned the fort in 1945, and moved to a new palace down the hill. The fort started to decay which caused concern that it might possibly fall into ruin. Following a survey by the Royal Geographical Society of London a restoration programme was initiated and supported by the Aga Khan Trust for Culture Historic Cities Support Programme. The programme was completed in 1996 and the fort is now a museum run by the Baltit Heritage Trust. 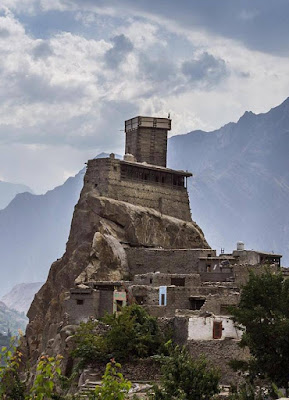 Altit Fort is an ancient fort built during 11th century which is located at Altit village of Hunza valley in Gilgit-Baltistan, Pakistan. It remained home to the hereditary rulers of the Hunza state who carried the title Mir , although they moved to the somewhat Baltit which is located at Karimabad village of Hunza which was built during 14th century. Altit Fort is one of the oldest monuments in the Gilgit–Baltistan.Now Altit Fort is a tourist site which has been opened to the public since 2007, just very after when it is restored by the Aga Khan Trust for Culture Historic Cities Support Programme and the Government of Norway.